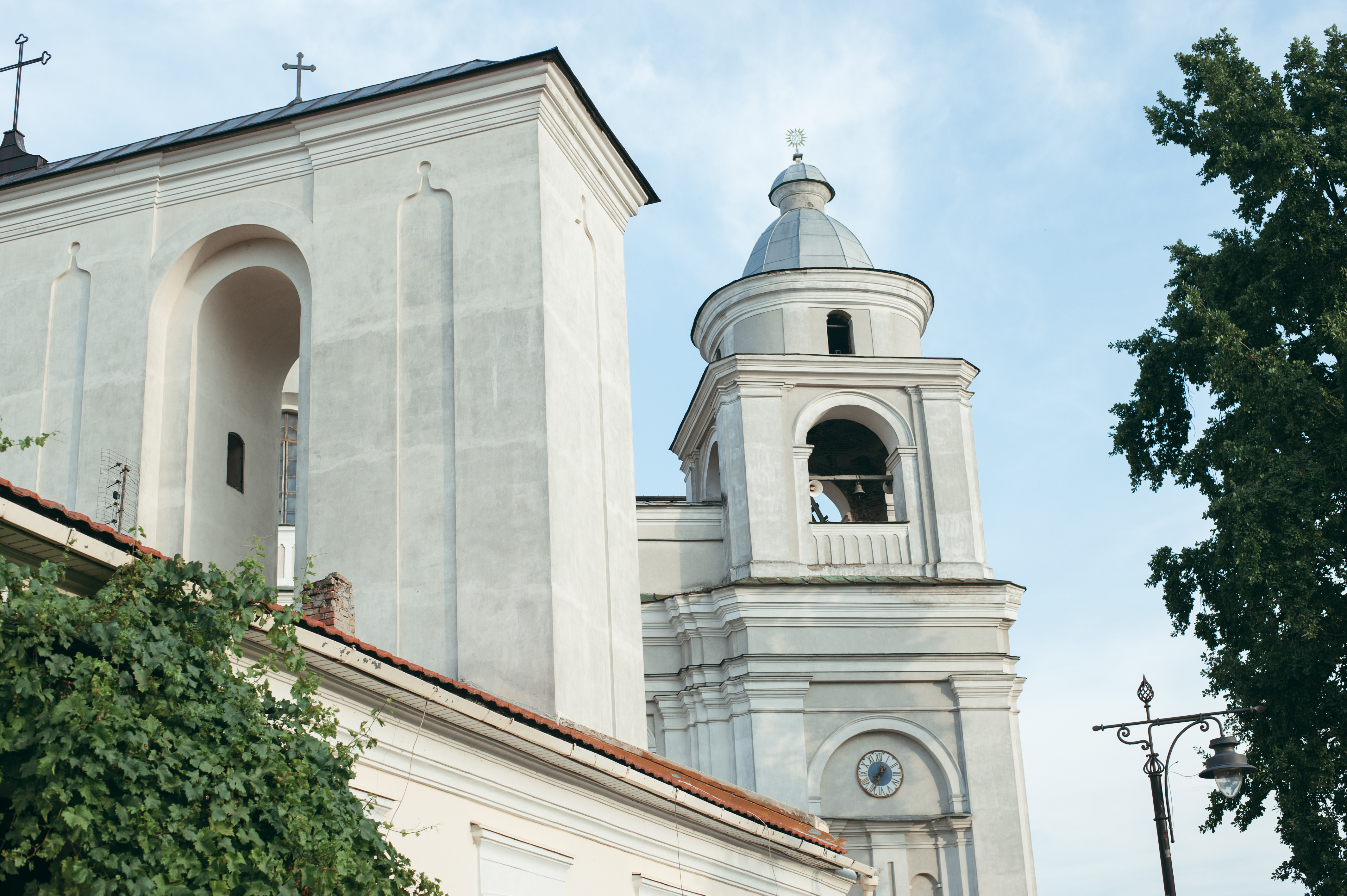 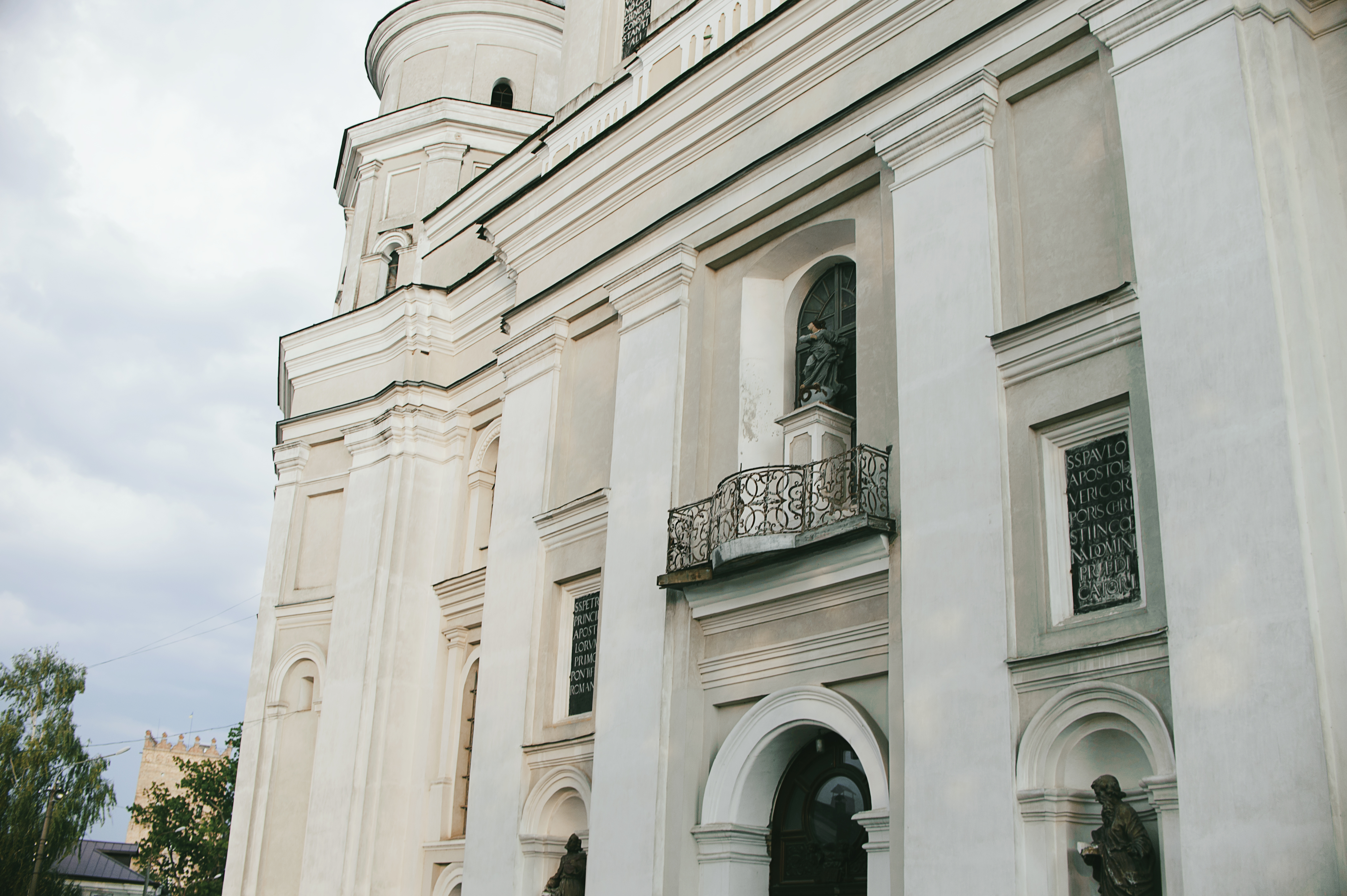 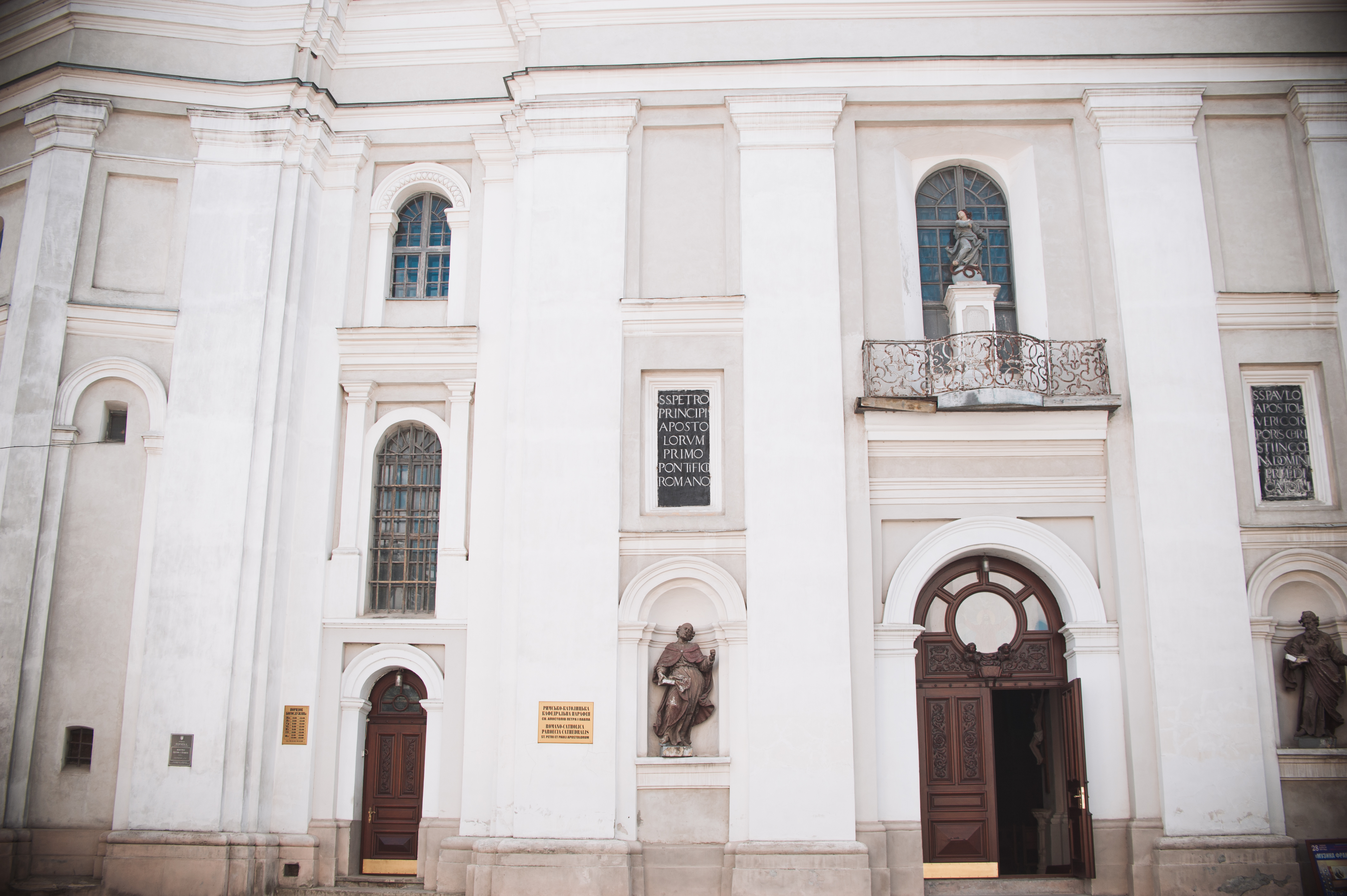 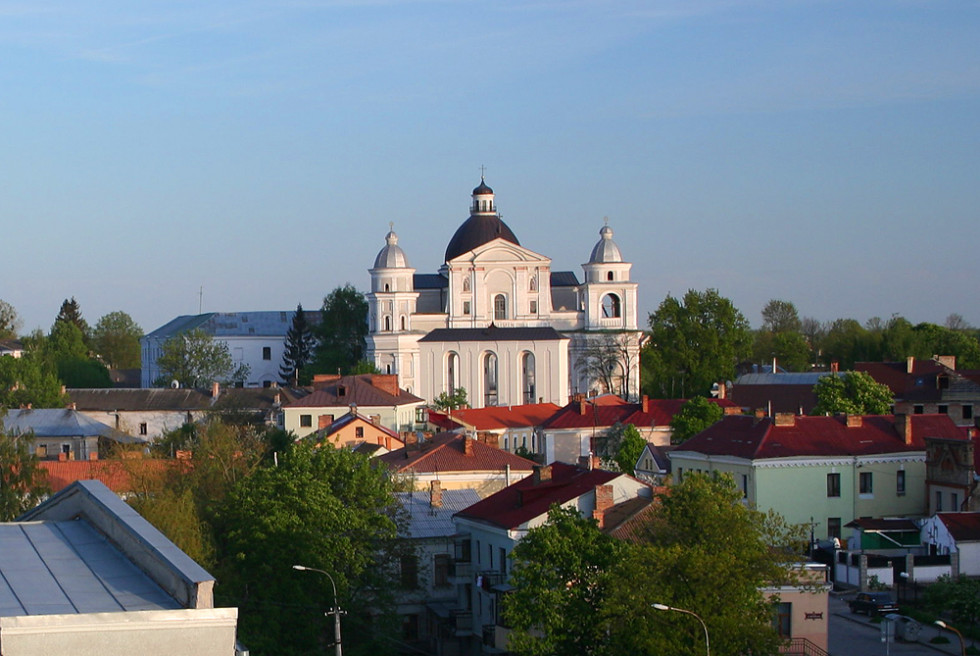 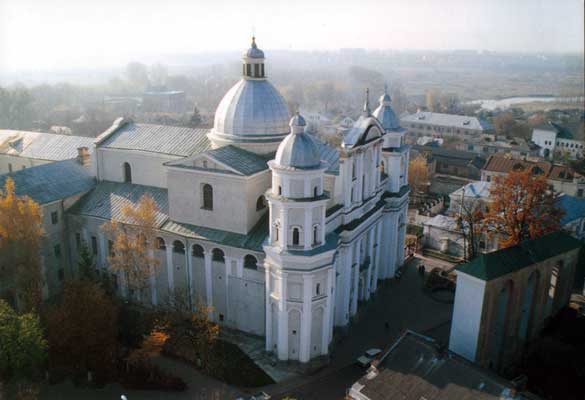 The construction of the church and the adjoining collegium took place during 1616-1639 according to design of the Italian architect Giacomo Briano. Some other famous architects such as Benedetto Molli, Pavlo Gizhitsky, Andriy Ahorn, Yosyp Uminsky, Mykhailo Sobolevsky, and Faustyn Hrodzytsky, to name a few, also contributed to the improvement and certain changes in the structure of the Lutsk Church of the Jesuit Order (Societas Iesu).

Initially, the style of the church was distinctly Renaissance, later it gradually shifted to Baroque and Classicist. On the whole, the church constitutes a three-nave cross-domed basilica (based on a Greek cross) with bypass galleries and two towers at the corners of the main facade. The main facade is the most opulent, considering the abundance of volumes, planes and the number of axes in its structure. The centre of this composition Central is represented by a sculpture of the Holy Virgin Mary standing on a globe fighting a serpent. On the lower tier of the entrance installed the sculptures of the Holy Apostles Peter and Paul.The church is also known for its dungeons, which sometimes go so deep as to three levels.

Besides, the excellent acoustics amplifies the sound of a huge organ. The instrument is used not only in the course of liturgy as an accompanement, but also at special concerts of classical music, which often take place in the church.

The Jesuit Collegium adjacent to the church was once a well-known higher education institution with a well-stocked library and a student theater. The students of the Collegium were mostly represented by children of nobles from different parts of Volyn Voivodeship and less often by those of Lutsk citizens.