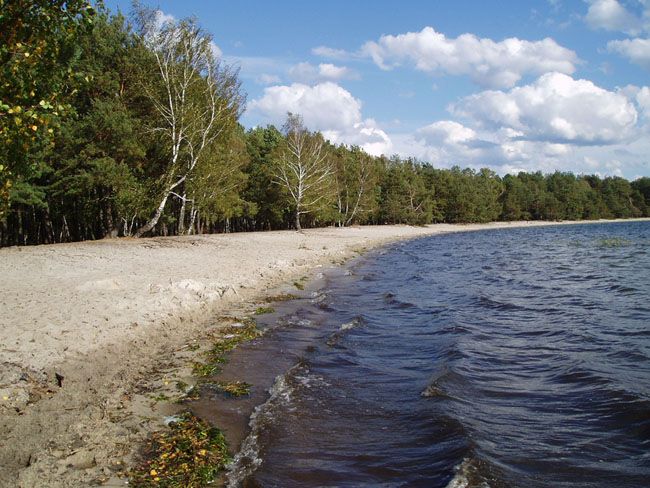 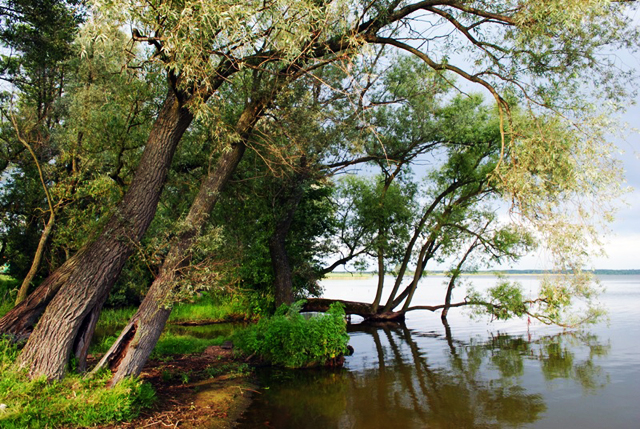 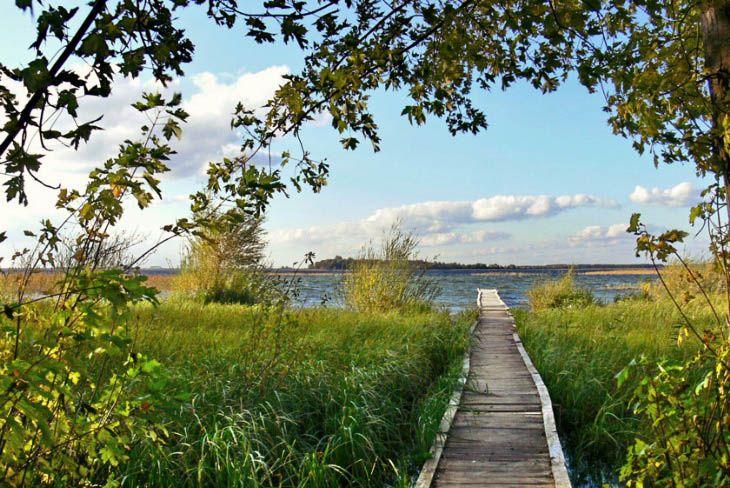 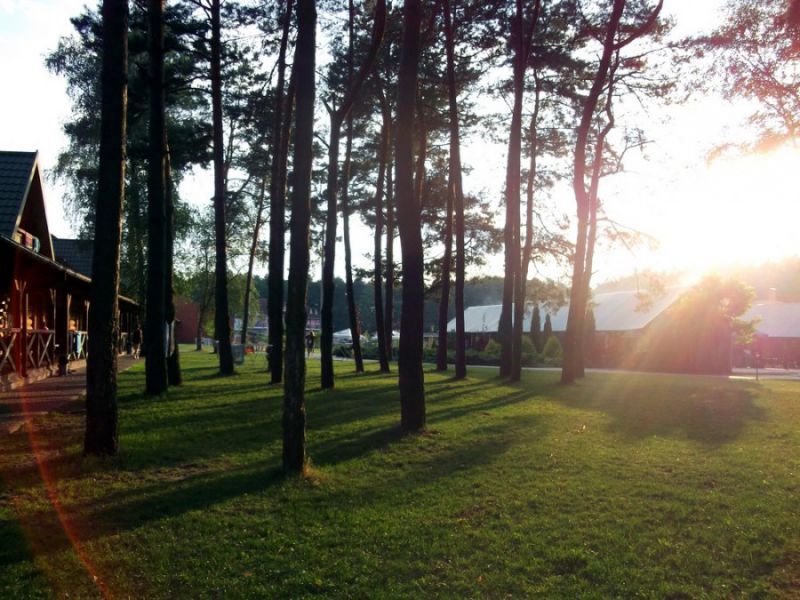 Shatsk National Natural Park is a national park of Ukraine located on the territory of Shatsk Region in Volyn Oblast. It was established on the 28 December, 1983 aiming to preserve rare natural complexes in Shatsky Lakes region.

The territory of the park is located in the west of one of the largest swamp-lake-forest complexes in Europe called the Polissya region. It covers an area in the north of Ukraine in the south of Belarus and partly in Poland and the Russian Federation.

The combination of numerous lakes with forests, the peculiar color of Polissya, the diversity of plant communities and their high aesthetic value and well-developed transport network contributed substantially to the development of recreation in this picturesque corner of Western Polissya. There are four recreation areas in the park such as Hriada, Svityaz, Hushove tract and Pisochne. On the shores of the lakes there is Shatsky Lakes boarding house, Svytiaz-tsentr recreation center and a large number of other recreation centers, sports and children’s camps and a number of small tent camps. In recent years the park has hosted the International Song Festival “On the Waves of Svityaz”. Visitors can get acquainted with the nature of the park by taking a guided tour along one of its environmental and educational trails. The most popular ones are the 5,6-kilometer-long trail ‘Forest Song’ that runs through pine forests between the lakes Peremut and Pesochnoye and the 5,2-kilometer-long trail ‘Svityazanka’ running along the picturesque Svityaz island.

Shatsk, Volyn Oblast
Recent Excursions
Museums of Lutsk
The tour route covers the most interesting museums of Lutsk.
Tsumanska Pushcha National Park
This natural complex preserves an extremely rich biodiversity, there are rare species of plants and animals, and the swamps impress with their unique flora and fauna
Dungeons of Lutsk
The mystery of Lutsk's dungeons will definitely interest you
Evening tour “Secrets of Lutsk Castle”
o join the ranks Order of Defenders of Lutsk Castle and not to wander in the meantime you will have to pass the test and win 6 particles of brick-artifact, which will be the key to the conquest of the majestic Entry tower.
Following the Lutsk heralds
Today, the figures of the heralds, called "klykun" is one of the elements of the city's tourist brand. Sculptural images of these men will meet you in the most prominent locations of Lutsk.
Reflection in the river Styr
During the moorings - stops on the water, we will acquaint guests of Lutsk with interesting information about the city, its history and sights of the rafting route.