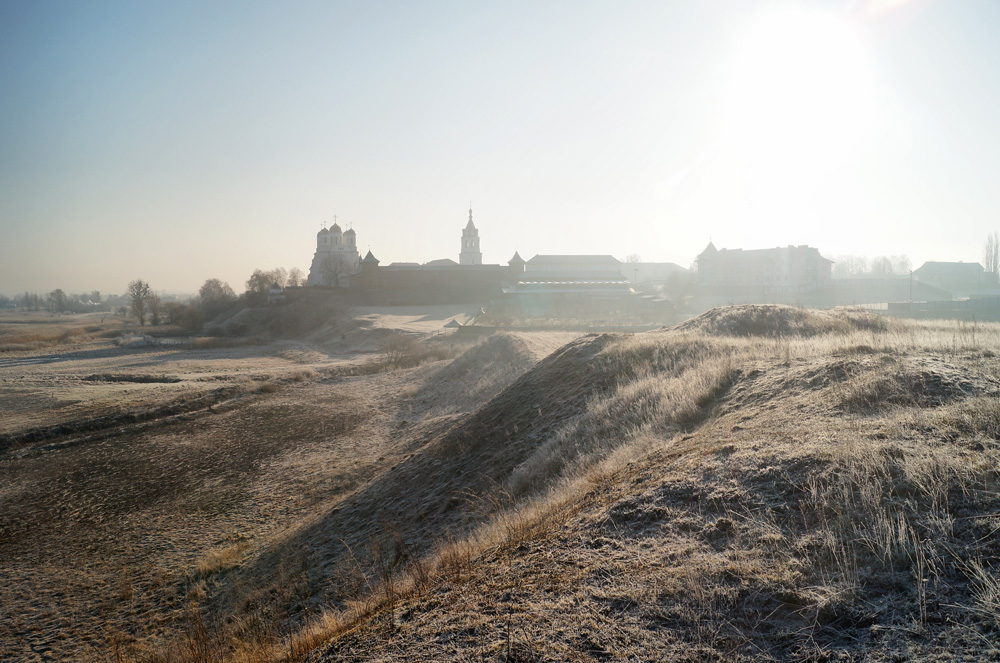 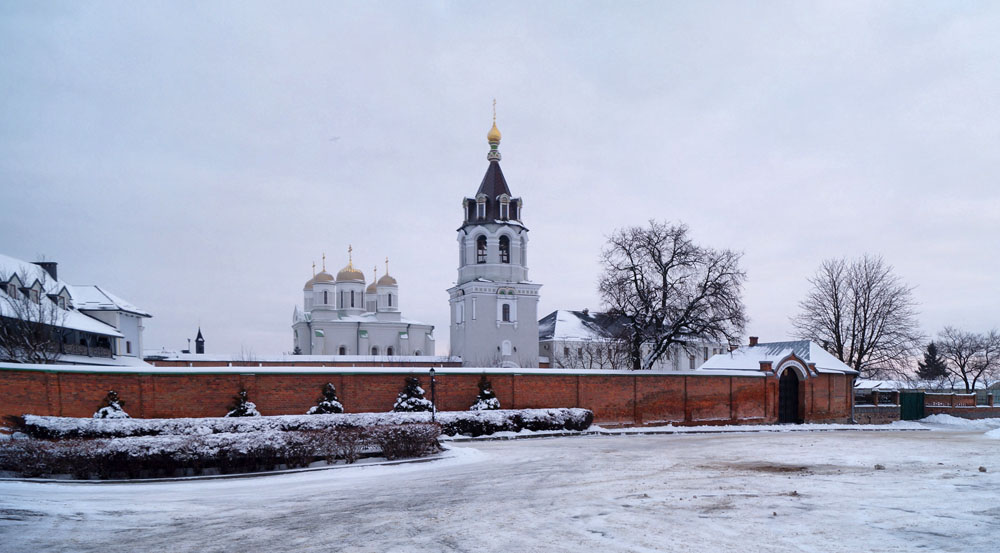 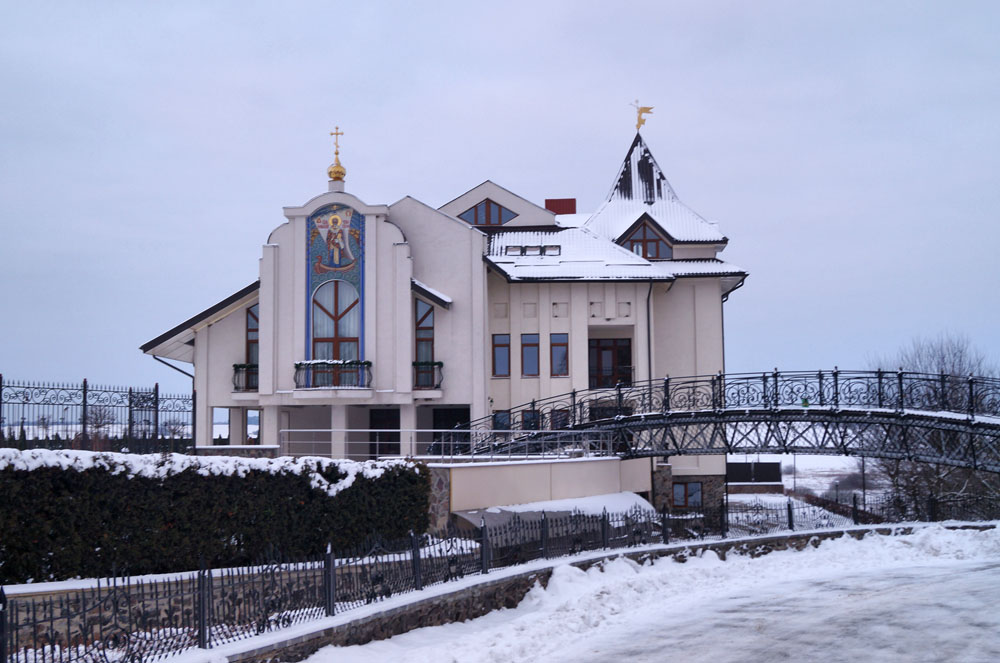 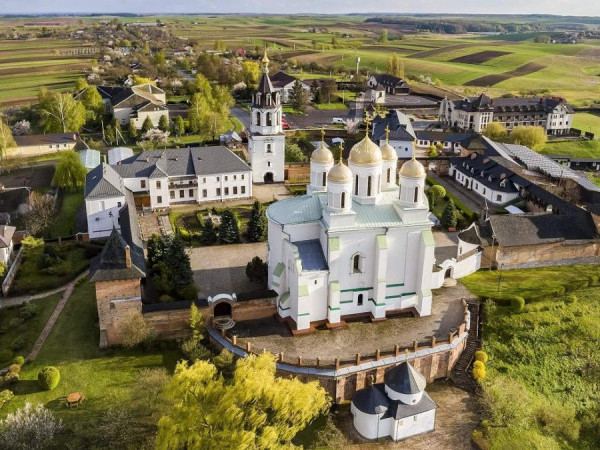 Zymne is a village near Volodymyr-Volynsky known for its monastery that is probably the oldest in Ukraine. It is believed that this monastery was founded by Prince Vladimir the Great in the late 10th century and on a hill next to the monastery (where the settlement is now) stood the Grand Prince’s winter camp, hence the name – Zymne. Earlier it was considered that the first written mention of Holy Assumption Monastery Svyatogorsk in Zymne dates back to 1458, but now it is stated that the monastery was first mentioned in the “Paterik of Kiev Pechersk” in 1062.

Around the monastery stretches a wide swampy floodplain of the river Luga, the monastery itself is located on a hill. High walls and corner towers make the monastery a spectacular and majestic fortress. The Assumption Cathedral is main temple of the monastery that performs fortification functions. It is part of the system of monastery walls and the corresponding thickness of the walls. The temple was built in 1495 at the expense of the Czartoryski princes (then these Russian princes were still Orthodox).

Zymne Monastery is now a pretty large complex including cell buildings, the abbess’s house, a hotel for pilgrims, ancient walls, and corner defensive towers. In addition to the Assumption Cathedral the monastery also has the Trinity Church built in 1465-1475. It stands outside the monastery yard. At the end of the 19th century the underground church of Barlaam appeared in the complex of monastery caves. Entrance to it and to the caves is located next to the Trinity Church on the northern slope behind the walls.

You can go around the monastery on three sides but only the north side from the swamp offers a beautiful view. In the west the monastery is surrounded by high hedge to guard it from strange glances. In the east village houses are adjacent to the walls while in the south where the main entrance is located some high walls have been built, so that the gate bell tower rebuilt in the imperial style was behind the wall and no longer serves as a gate. The entrance is located in the outer wall on the left just behind the guard house which solemnly announces that photo reports in the monastery are prohibited.

v. Zymne, Volyn Oblast
Recent Excursions
Museums of Lutsk
The tour route covers the most interesting museums of Lutsk.
Tsumanska Pushcha National Park
This natural complex preserves an extremely rich biodiversity, there are rare species of plants and animals, and the swamps impress with their unique flora and fauna
Dungeons of Lutsk
The mystery of Lutsk's dungeons will definitely interest you
Evening tour “Secrets of Lutsk Castle”
o join the ranks Order of Defenders of Lutsk Castle and not to wander in the meantime you will have to pass the test and win 6 particles of brick-artifact, which will be the key to the conquest of the majestic Entry tower.
Following the Lutsk heralds
Today, the figures of the heralds, called "klykun" is one of the elements of the city's tourist brand. Sculptural images of these men will meet you in the most prominent locations of Lutsk.
Reflection in the river Styr
During the moorings - stops on the water, we will acquaint guests of Lutsk with interesting information about the city, its history and sights of the rafting route.