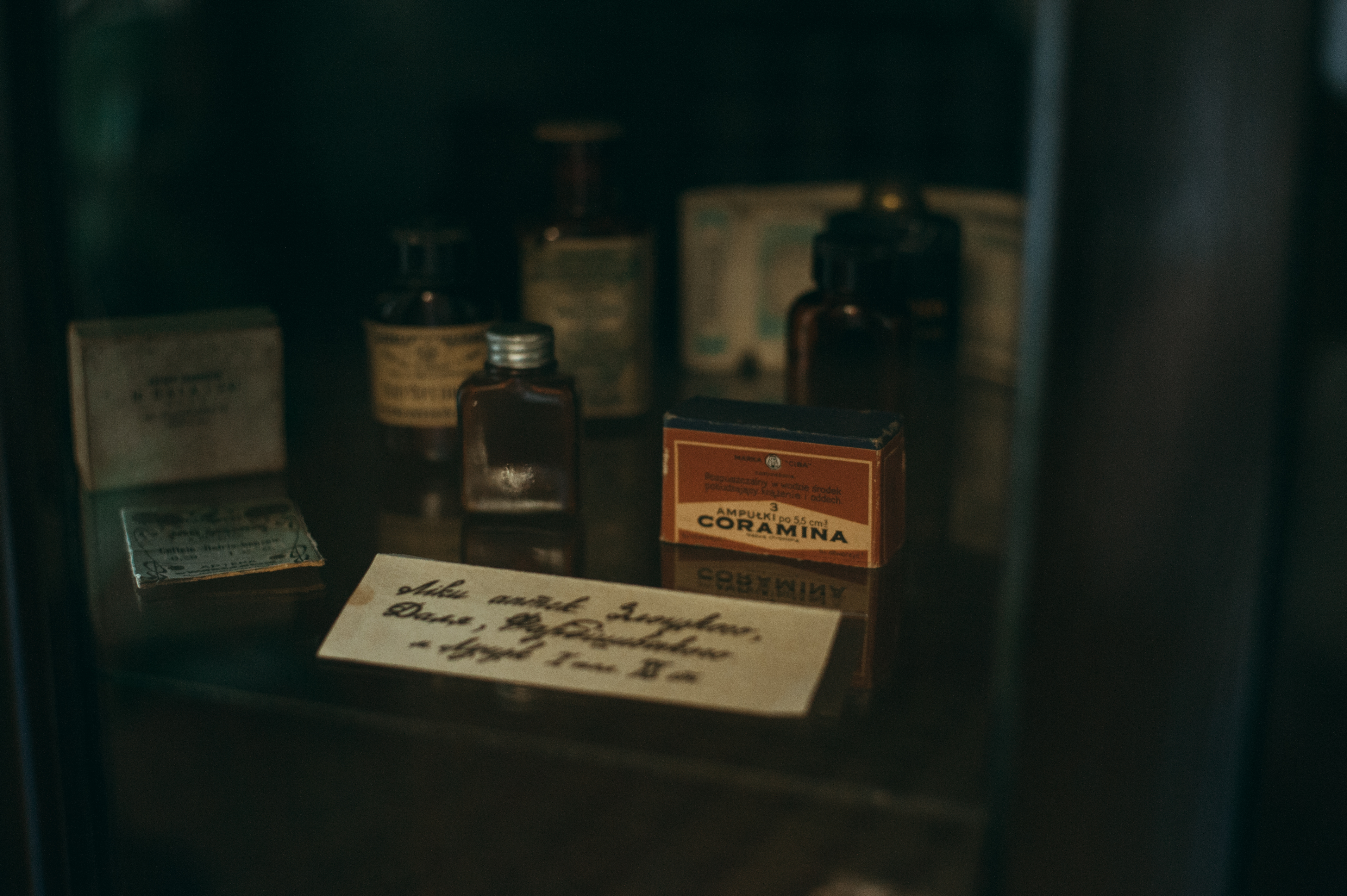 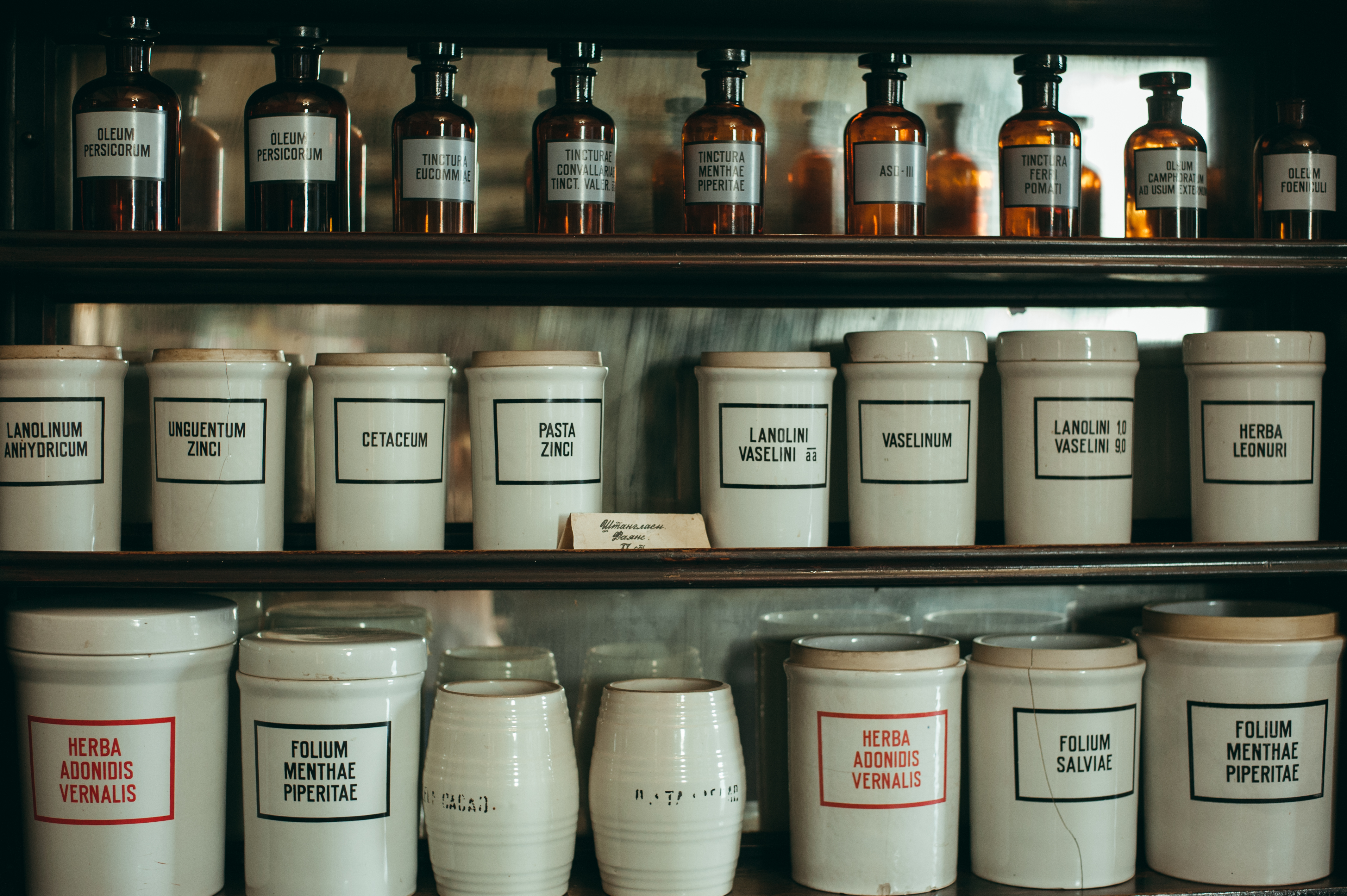 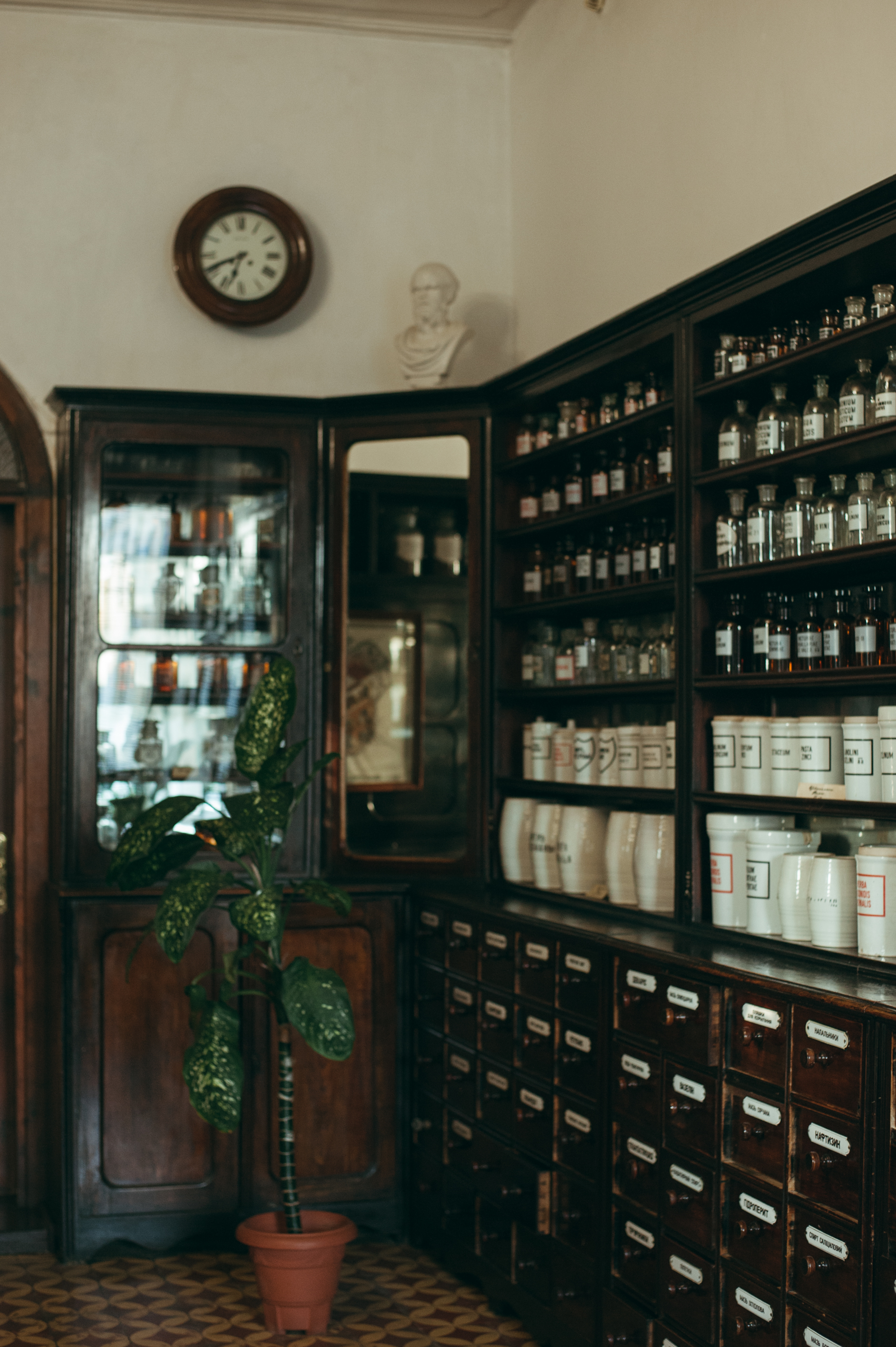 On the former market square of the city is located the oldest pharmacy in Lutsk, which operated since the middle of the XIX century. Its first owner, Petro Zlotsky, rebuilt building of the 18th century for this purpose. When the Kosach family with Lesya Ukrainka lived in the city, some medicines for her were made at this pharmacy. In the first half of the 20th century, pharmacy produced 50-55  ointments, 25-30 tinctures, 15-20 syrups. For the manufacture of medicines used about 220 names of plants. In 1966, some things from the pharmacy were transported to the Lviv pharmacy museum. Lutsk pharmacy became a museum later. Today, this pharmacy specializes in the manufacture of dermatological medicaments.

The museum part of the pharmacy is located in two ground rooms – a trading room and the director’s office. They have preserved the ancient interior of the pharmacy. Under the ceiling on the cupboards are the busts of Socrates and Hippocrates. Behind the glass in the cabinets are displayed various pharmacy tools. The National Cash Register Co., Dayton, Ohio, U.S.A. of 1902 is located in the trading room. In the second room – the pharmacy owner’s office. On the table is an old abacus and typewriter. On the shelves are a library of rare  books. It also houses a herbarium of medicinal plants, dating from 1942. Basements are not included in the exposition.

In the office of the director the exposition includes pharmacy utensils of the 15th-17th centuries, ancient recipes, documents. There is also a “Pharmacist Training Manual” 1875, a “Herbalist of medicinal plants”  1883,  “Pharmacopoeia of Poland”  1938, old textbooks on pharmaceutical chemistry, technology for medicine production. The office exhibits an old pharmacy equipment: a machine for the manufacture of suppositories and closure of vials, measuring cylinders and scales, various utensils, mortars for the manufacture of ointments and powders and the like, an old typewriter, telephone and more.

Visiting of the museum is free

St. Peter and Paul Catholic Church. Initially, the style of the church was distinctly Renaissance, later it gradually shifted to Baroque and Classicist.

The Center for Tourist Information and Services in Lutsk

On September 15, 1933, the Polish engineer Wladyslaw Trylinski was issued a patent No18232 for hexagonal concrete pavers (paving stones) used for paving roads and sidewalks.